The Texas Doughnut, or at least a variation on it, is finding a home in Tampa Bay Area cities.

The fried confection-inspired term was coined decades ago to describe a style of condo and apartment design in which the residential buildings wrap around a central parking structure. The design puts the garage out of sight, making for a more aesthetically pleasing development and allows developers to maximize the number of residences and parking spaces on a tight, urban footprint.

As apartment and condominium construction surges in the urban cores of Tampa and St. Petersburg, that wrap design and, more broadly, the use of liner buildings to hide the garage from view, is becoming the norm.

Along the bustling Tampa Riverwalk, Novel Riverwalk near the Straz Center for the Performing Arts and The Pearl across from the Armature Works are two recent apartment projects that employ a wrap design.

Standing outside the red brick Armature Works building, you can see the multi-colored façade, apartment patios and freshly planted landscaping of The Pearl. The only visible evidence of the five-story, 510-space garage – the driveways for the entrance and exit — is tucked away around the corner on a side street.

Tim Clemmons, principal of Place Architecture and the designer of The Pearl, says the wrap design and masked garage are part of the ongoing shift to urban living and walkable downtowns.

“This isn’t a brand-new idea; but it’s grown more popular and, in some places, it is almost regulated,” Clemmons says. “There’s been a whole push in the last 15 years to make our cities less car-focused and more pedestrian-oriented and this is just another tool in the toolbox to achieve that goal. It does that by visually hiding the area for cars in the middle of the project so this monster of a garage is less visible from the sidewalks. By putting apartments around the perimeter, it also gives you more opportunity to put shops on the ground floor or apartments with stoops or porches to encourage people to spend time outside or walk around the block.”

The four five-story residential buildings that make up The Pearl reflect two different approaches to the wrap design. The garage structure abuts hard up against one of the residential buildings and all of the apartments in that building face outward toward a street view. The other four buildings are separated from the garage by a 40-foot-wide landscape buffer that serves as a dog park. Those buildings have apartments that face inward toward the courtyard and landscaped area and apartments that face out with a view of the neighborhood, the Hillsborough River and the Armature Works.

About a mile south of The Pearl, the multicolored façade of Novel Riverwalk’s residential buildings completely wraps the parking structure, except for an approximately 60-foot-wide stretch where the garage entrance is located. Crescent Communities, the developer of the 394-unit Novel Riverwalk, adorned that visible stretch of the garage with a large piece of artwork known as River Shadow, a large aluminum sculpture of a set of blue fins.

As the sun moves across the sky, the shadows from the fins make it look like the artwork is moving like the shimmering water of the neighboring Hillsborough River. At night, LED lights illuminate River Shadow and the concrete backdrop of the multistory parking garage appears to be part of the artwork.

“It is always a goal for us to minimize concrete facades of parking decks because they’re not very aesthetically pleasing,” says Don Hellein, Crescent Communities Director of Development for Florida and Georgia. “In this one, we completely wrapped it with buildings and the one façade that is visible is a piece of art. We took it as an opportunity. We took something that you could consider a negative and made it a positive by putting that piece of public art there.”

In addition to the enhanced visible appeal for the surrounding city and prospective residents, Hellein says there are practical logistical reasons behind the design. It takes roughly 10 acres of land to have a development with surface parking and parcels that size are either not available or prohibitively expensive in redeveloping urban areas.

To get the residential densities needed to make urban projects work, developments need a parking garage. The wrap design helps maximize the number of apartment or condos and makes the development more attractive, garnering higher rents.

“Wrap deals in downtown are pretty much the mainstream these days,” Hellein says. “It is one of the necessities to make a downtown deal work. On any major deal in an urban city, you’re going to have that type of set up. It’s what works.”

The renewed interest in urban living has raised the bar for redevelopment projects.

“As areas redevelop, people have higher expectations as far as design standards,” says Lauren Matzke, the long-term planning manager for the City of Clearwater.

Cities responded with code changes that pushed garages toward the rear of a lot and encouraged, sometimes mandated, design features to spruce up the appearance of garages and integrate them more seamlessly with the rest of the development.

Bob McDonaugh, Administrator of Economic and Urban Development for the City of Tampa, says the city has had policies and regulations in its code for more than 20 years.

“We have very stringent rules about what has to be there,” McDonaugh says. “In certain places you have to have retail or some other type of active use on the ground floor so you don’t just have a blank canvas sitting there. You also have to have some design elements that lend a certain opacity to it so a garage doesn’t necessarily look like a garage. There are also generally public art requirements.”

Clearwater’s focus is more on the location of parking within a project. In August, the City Council approved new downtown district design standards that say building facades should face public sidewalks with parking, whether it is a surface lot or a garage, located to the rear of the building. In some areas, ground floor retail, or some other active use, is required.

Prior to the code changes, some downtown projects such as the Water’s Edge and Station Square condo high-rises on Cleveland Street already wrapped the parking garage or included it within the footprint of the larger building, with the entrance and exit to the rear.

In downtown St. Petersburg, garages cannot face Central Avenue or Beach Drive and developers can receive development bonuses, such as a green light to build more square footage, for a design that hides a garage, says Clemmons of Place Architecture.

What Water Street Tampa is planning

In Tampa Bay’s ongoing wave of redevelopment, nothing is going to make a bigger splash than Water Street Tampa. What does Strategic Planning Partners have in store for parking garage aesthetics and design? The first phase of construction will include four new parking structures, with each wrapped or lined by residential or retail buildings, says James Nozar, Chief Executive Officer at Strategic Property Partners, LLC.

The goal is to have garage structures contribute to the feel and look of the overall development.

“Parking garages in urban environments like we are creating are a necessary utility, but we’ve taken great measures throughout our planning so that they do not detract from the quality and character of the streetscape and overall neighborhood,” Nozar says. “Each of our parking garages is unique, but all are screened or lined in some way – some with residential units or office space, some with vegetation, some with ornamental panels, and some with art.

“Most importantly, all of our parking garages have ground floor retail space and/or street-level activations. There is definitely a cost premium for doing this, but we think it’s very important to the overall visual identity of the neighborhood and the street-level experience.’’ 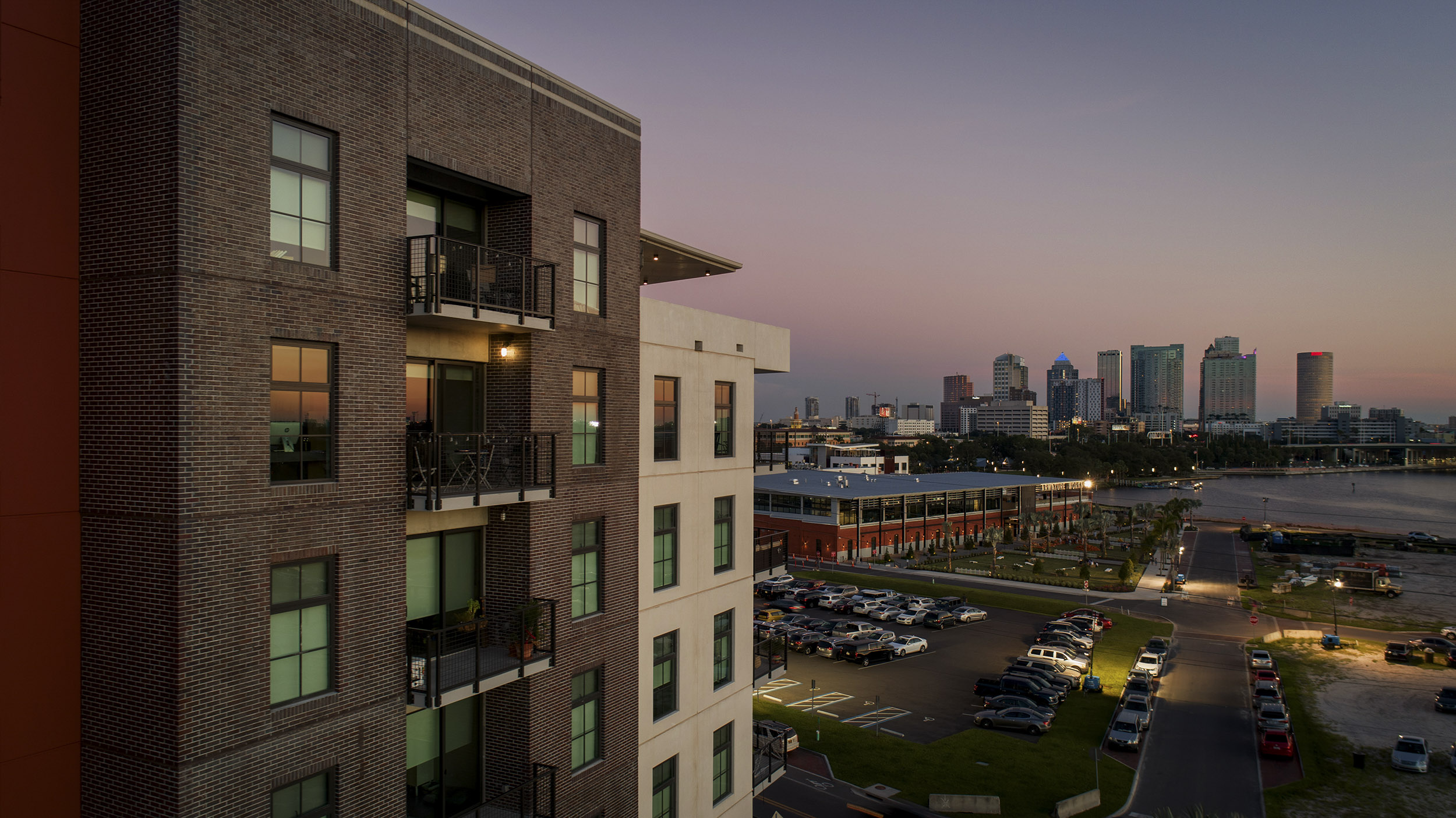 Sanctuary project will have a lone residence per floor